I’m so pleased to announce that my latest Uncollected Anthology story is now available for purchase! I hope you enjoy meeting Kanti and Arthur as much as I enjoyed telling their story 😀

IN THE BANYAN COPSE 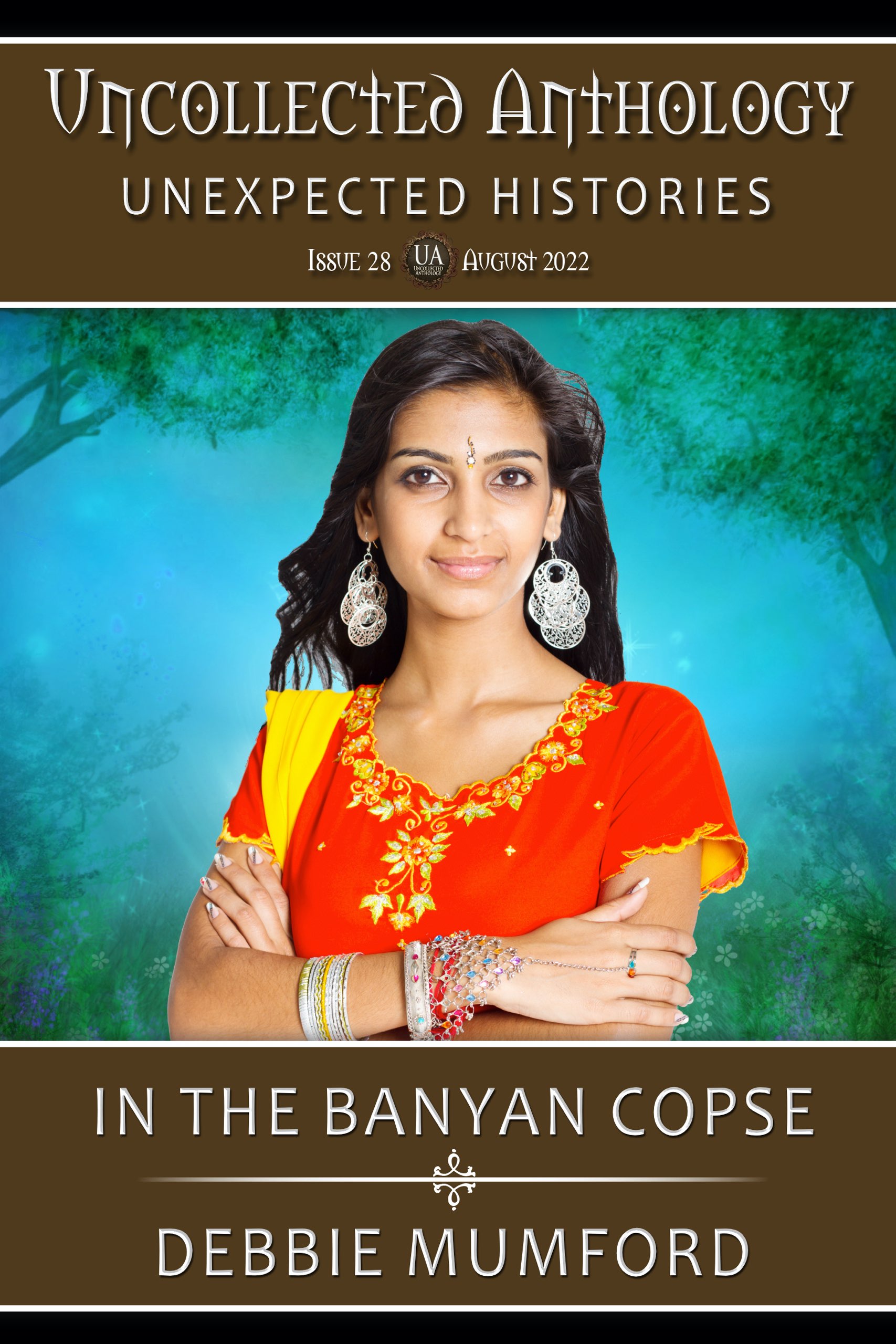 Kanti Misra’s father, the prince of the Prandhaharan Banyan Copse, has bargained away her future for a trade alliance with the distant city-state of Bravenstadt. She is about to meet the man her father has decreed she should marry. A man who lives in a world governed by metal and springs, while Kanti, a daughter of the Banyan copse, is a woman attuned to nature and growing things. How can her father expect her to thrive in a city where nature has been subjugated by technology?

Arthur Blakeslee arrives in the Banyan Copse expecting to collect his bride quickly and return to civilization. He would have preferred to choose his own mate, but he expects Kanti— a princess in her world— to be meek and demure; a young woman who will advance his social standing. He finds her to be strong-willed, opinionated, and possessed of a magic that his technological upbringing refuses to accept.

Can Kanti and Arthur set aside their biases and discover each other’s talents, or will their fathers’ hopes for a better future be dashed?

Buy IN THE BANYAN COPSE Now!

And don’t forget… if you want to read ALL of the “Unexpected Histories” stories (including one by Dean Wesley Smith and a NOVELLA by Kristine Kathryn Rusch!), you can purchase the “Uncollected Collected” volume here.

Debbie Mumford specializes in fantasy and paranormal romance. She loves mythology and is especially fond of Celtic and Native American lore. She writes about faeries, dragons, and other fantasy creatures for adults as herself, and for tweens and young adults as Deb Logan.
View all posts by Debbie →
This entry was posted in anthologies, Uncollected Anthology, Writing and tagged banyan copse, fantasy with trees, Short story. Bookmark the permalink.