I’m back with more fantasy series that I really enjoyed reading.

I’m using Amazon links, but if you prefer another store, I’m sure you’ll find most of them there as well. Happy reading!

First up, The Quickening series by Fiona McIntosh.

This is a very different epic fantasy series. Expect the unexpected and you won’t be disappointed!

Next, The Red Queen series by Victoria Aveyard

Here’s the opening to the blurb you’ll find from the publisher (Harper Teen):

Right. This young adult fantasy series reminded me a more of The Hunger Games than it did Game of Thrones, but… marketing…

Like a bit of steampunk in your stories? The Odd Society series by Kari Kilgore is an enchanting Victorian fantasy. 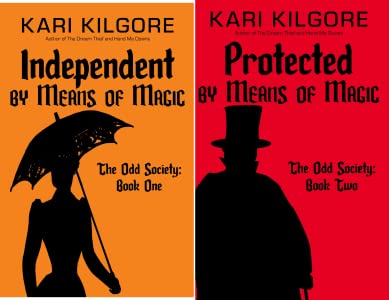 Victoria Haversham leads a life of privilege. A luxurious home. Beautiful gowns and jewelry. Even a fine education.

But her father’s single-minded determination to marry her off transforms Victoria’s pleasant life into torment. He never suspects Victoria means to create her own future.

Police Inspector Rob McDuff patrols London with a keen mind and a heavy burden. Caught in never ending routine in a city full of crime.

Then he discovers a misdeed unexplainable by normal methods. An investigation that leads him to Victoria’s door.

Will McDuff seal Victoria’s fate? Or will their collision create a new destiny for them both?

And finally, something a bit different, Shannon Mayer’s Forty Proof series. A paranormal women’s fiction series for women forty and over. 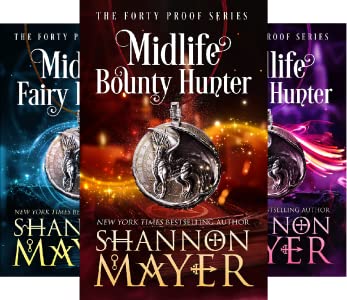 When divorce comes your way, don’t let the ex get you down. Get ready for a whole new laugh-out-loud adventure. Because life is just beginning . . . as a midlife bounty hunter of the supernatural!

Debbie Mumford specializes in fantasy and paranormal romance. She loves mythology and is especially fond of Celtic and Native American lore. She writes about faeries, dragons, and other fantasy creatures for adults as herself, and for tweens and young adults as Deb Logan.
View all posts by Debbie →
This entry was posted in bog streak and tagged fantasy series, recommended reads. Bookmark the permalink.