I don’t know about you, but I adore fantasy. Epic, urban, contemporary, YA, middle-grade, or aimed at women in mid-life. I couldn’t care less! If it’s well-written and offers a different angle on an old story, I’m right there with it. I especially love series. I enjoy finding a character I like and watching them grow from book to book.

I’ve read several great fantasy series this year, so I thought I’d pass them along to you. I’m going to use Amazon links, but if you prefer another store, I’m sure you’ll find most of them there as well. Happy reading!

First up, the Aegis of Merlin series by James E. Wisher. 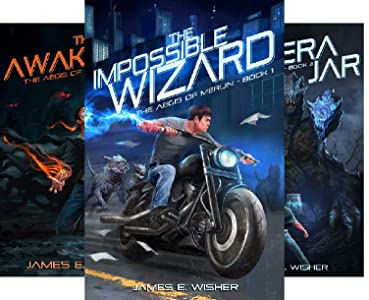 I enjoyed this one so much that I backed James’ Kickstarter Campaign to launch the ninth book! Lots of fun. Here’s the premise:

Men can’t be wizards. Everyone knows that. But everyone is wrong.

Conryu has his life all planned out. Then the wizard exam arrives. He passes. The first man ever.

Next, the Paksenarrion series by Elizabeth Moon. 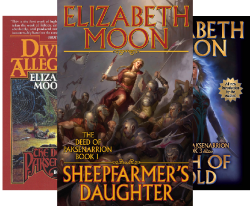 I love Paksenrrion and I love Elizabeth Moon’s writing. She does an amazing job of pulling me fully into the everyday life of a medieval female warrior. Not an easy task to accomplish since I’m about as far from a warrior as it’s possible to be. Here’s the premise:

Paksenarrion Dorthansdotter may be the daughter of a humble sheep farmer in the far north end of the kingdom, but she dreams of so much more. After refusing her father’s orders to do the sensible thing and marry the pig farmer down the road, Paks, runs away to join a band of mercenaries, dreaming of daring deeds and military glory. But life in the army is different than she imagined…

Like alternate history? The Great Library series by Rachel Caine is an awesome example of the genre. 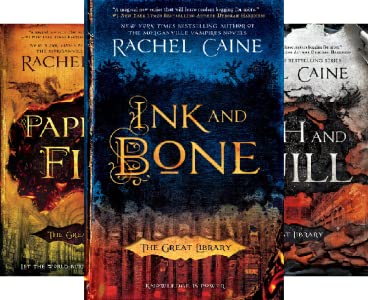 Here’s what it’s all about:

In this exhilarating series, New York Times bestselling author Rachel Caine rewrites history, creating a dangerous world where the Great Library of Alexandria has survived the test of time.… 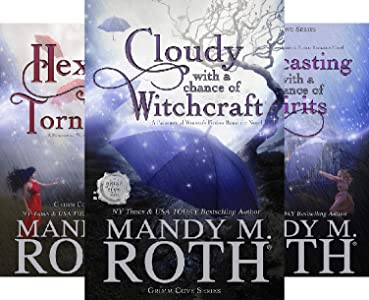 A paranormal women’s fiction series for women forty and over, who are all out of ducks to give. *LOL*

In the tiny town of Grimm Cove, magic is real, second chances happen, shifters and vampires roam freely, and witches run the show. It’s one “spell” of a ride as Fate maps collision courses between destined mates, while evil tries to gain the upper hand, and humans live in ignorant bliss.

Debbie Mumford specializes in fantasy and paranormal romance. She loves mythology and is especially fond of Celtic and Native American lore. She writes about faeries, dragons, and other fantasy creatures for adults as herself, and for tweens and young adults as Deb Logan.
View all posts by Debbie →
This entry was posted in bog streak and tagged Fantasy, recommended reads. Bookmark the permalink.