I’m excited to announce that I have two releases for November! One for Deb Logan and one for Debbie Mumford 😀 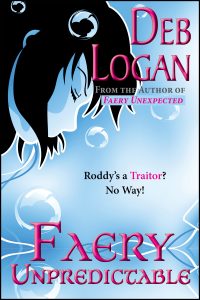 Claire Murray, a real live faery princess, is spending her first midwinter holiday with her many-times-removed grandfather, the King of Faery. When her best friend Roddy, the Prince of Winter, is accused of stealing the Wyrd Stone, a magical artifact that governs the turning of the seasons, Claire must discover the real culprit before the all important celebration of the Festival of Alban Arthan. Can she clear her friend’s name before he’s banished from Faery … forever!

Next, Debbie Mumford has a third tale in her Witchling series. Enjoy!

TO PROTECT A PRINCESS 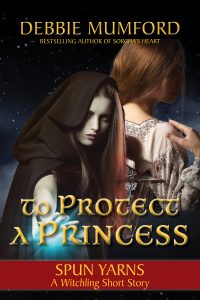 In her role as King’s Wizard, Kaitlyn is charged with protecting King Lorien’s eldest daughter, Princess Melisande as she journeys to wed a foreign king. Upon their arrival, Kaitlyn discovers that the young king has been enthralled by his counselor, a powerful wizard. When her duties conflict, which will Kaitlyn choose to fulfill? Will she witness the marriage her king has arranged, or will she protect her princess … no matter the cost?

Debbie Mumford specializes in fantasy and paranormal romance. She loves mythology and is especially fond of Celtic and Native American lore. She writes about faeries, dragons, and other fantasy creatures for adults as herself, and for tweens and young adults as Deb Logan.
View all posts by Debbie →
This entry was posted in Deb Logan, Releases and tagged faery, Fantasy, teen short story, Witchling. Bookmark the permalink.