If you’re a fan of space opera, check out these short stories of deep space and intergalactic war. 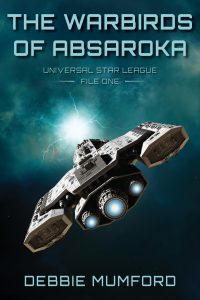 Buy THE WARBIRDS OF ABSAROKA Now 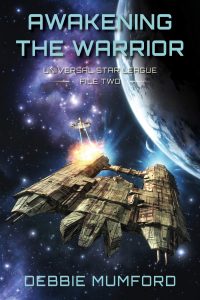 Warbird Pilot Caleb Leaping Trout is in trouble. He reported for duty with a staggering hangover. Unfortunately the expected readiness exercises turned into something much deadlier, and he wasn’t ready. Now, he must face the consequences in this moving sequel to The Warbirds of Absaroka.

INCIDENT ON THE ODYSSEY 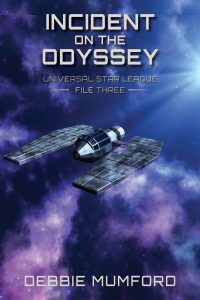 The Odyssey is a research vessel tasked with exploring the universe for the Universal Star League. When horrific deaths begin occurring on her vessel, Captain Caren Fielding and her crew must discover the cause and come up with a defense. Will the scientists aboard the Odyssey be able to save the ship? The Odyssey is alone in deep space … nothing is certain.

Buy INCIDENT ON THE ODYSSEY Now

Zara barely remembers what it is to be human. Captured by humanity’s alien enemy at the tender age of four and raised by Bug-Eye scientists as a research specimen, everything Zara knows has been filtered through her captors. Everything except the information on an electronic device (a remnant of her lost colony) that her keepers allowed her to play with in order to comfort the terrified child. But Zara is no longer a child, and she’s about to have her first encounter with another human. Will she recognize her own, or will she continue to do as her captors command?

Lt. Nick Adams has been tasked with discovering the mysterious Zara’s identity, as well as the location of her native colony. Zara, a Bug-Eye captive since early childhood, believes her homeworld to have been destroyed, but has no idea of its name or location in space. To a preschool child, it was simply “home.” Will Lt. Adams be able to ferret out the information and give Zara the gift of a name and identity? Recognized as the most able analyst the USL academy has ever trained, Nick knows that if he can’t accomplish the task, no one can.